On February 5, we posted a story about the sexual education of youth in Bulgaria. Through this story, you get insight in how an innovative research project helps young people get a better understanding of sexuality. A gap of knowledge that exits, because of a lack of proper sexual education in Bulgarian schools. You can read the full story here

Click here to view the full Bulgaria Policy Brief that was written in regard to the sexual education of youth in Bulgaria. 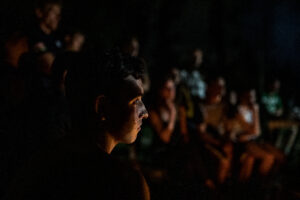 In Bulgarian schools, the topic of sex education is contentious and often even avoided, leading to a lack of proper knowledge and understanding of sexuality among young people. An innovative research project tried to address this gap by training adolescents as peer researchers to gather information on how young Bulgarians perceived their relationships with others in their community. This led to a series of intimate conversations revealing that young Bulgarians felt the need for better sexual education and the creation of ‘safe spaces’ where young people can discuss sex, sexuality, and relationships. They also prompted action among youth peer researchers, who initiated a number of activities to teach themselves and their peers about sex and sexuality.

Introduction
In the last two years, the Bulgarian government has made limited progress in its attempt to implement the Istanbul Convention and its National Strategy for Children 2019-2030. This strategy was developed to improve the support provided to children and families, especially to vulnerable children and women who suffer the effects of domestic violence. However, some conservatives lobbied against the Convention’s implementation based on their interpretation of the concept of ‘gender’ and their suspicion that Bulgarian NGOs were trying to implement early sexuality education and to promote homosexuality in schools. As a result of such a sensitive situation, new challenges arise. It has become more difficult to lobby about sexuality education programs in front of the relevant governmental structures and school representatives.

In response to these challenges, the ‘Adolescents’ Perceptions on Healthy Relationships’ (APHR) project was initiated to prevent sexual abuse and exploitation of adolescents by improving the safety and security of the spaces in which they move and live. Funded by the Oak Foundation, and implemented by International Child Development Initiatives, the Institute of Social Studies and Animus Association. The project focused on understanding how adolescents in Bulgaria view healthy relationships based on the idea that healthy relationships can prevent sexual abuse and exploitation. In this project, adolescents were trained as peer researchers and advocates.

The 30 Bulgarian Youth Peer Researchers (YPRs) who participated in the project between January 2017 and March 2019 researched various aspects of relationships in different settings, such as in the family, peers/friends, and schools. Through a survey, qualitative interviews, and focus group discussions on topics such as violence, sexuality, and online behaviour, they consulted with 850 adolescents, unpacking concepts that adolescents reported as important ingredients for healthy relations—concepts such as trust, respect, equality, and dominance. The research revealed a great deal about the world in which young people in Bulgaria navigate and how this affects their relationships. The research showed, for example, that homosexuality, a hot topic in Bulgaria over the past few years, remains a challenge for youths: only 47% felt comfortable sharing their sexual status with their parents. In addition, 58% of YPRs responded that they think that violence always, often, or sometimes occurs in romantic relationships between teenagers, mostly psychological violence.

A gap in education, a lack of space

“Actually, I’ve read a lot of articles about sex. I took part in a course (not related to school) dedicated to sexual education. I do not learn anything in my school. I learned a lot from the girls from this group.” (Alexander, 17)

In Bulgaria, many schools offer no sexual education at all. Teachers are unwilling to talk about sex and when they do, the curriculum tends to focus on ‘biological’ and negative aspects and risks of sexuality, such as early pregnancy and sexually transmitted diseases. YPRs pointed out that although these findings did not surprise them, they found them very problematic. They and their peers now depend on each other and on the Internet to get information on sex and sexuality. The YPRs also commented that the school does not provide any space for learning or exchange when it comes to these topics. Yet they assert that understanding the role of sex is essential to a healthy relationship, as it is to be open and informative about it. Adolescents therefore need safe spaces and opportunities to discuss it. This, they argue, will greatly contribute to establishing and maintaining healthy (intimate) relationships throughout their lifetimes.

Youths driving action to transform sex education
Following these discussions, youth peer researchers have felt increasingly empowered to take action. First of all, the YPRs have taught themselves what there is to know about sexual education. Through literacy and online research, listening to experts and talking to their peers, they have come to understand what information young people need to have when it comes to sex and sexuality. They have not only informed themselves, but have also become peer educators, helping their classmates to become better informed and feel comfortable when talking about this subject. Moreover, the YPRs now confidently indicate what is needed to improve sexual education and information for young people. And they haven’t stopped here. To really make changes, they have devised a Policy Brief with recommendations for schools to improve sexual education. This policy brief formed the basis of an advocacy campaign, which includes a website, peer-to-peer sexual education classes, a social media campaign, and the creation of events and spaces where young people can discuss matters of sexuality freely and safely.

In July 2020, despite and during the COVID-19 pandemic, the YPRs organized an out-door event, in which 42 young people participated in a World Café, discussing sexuality, relationships and the threat they face because of COVID-19.

The project results reveal the potential of participatory peer research itself for effecting positive change and promoting healthy relationships from an adolescent-centered perspective. In fact, it has in this case led to young people claiming civic space on several levels. They now have a space in the debate on sexual education, have established actual spaces where this can safely be discussed, and have an online platform accessible to all youth in Bulgaria.

You can find out more about which cookies we are using or switch them off in settings.

This website uses cookies so that we can provide you with the best user experience possible. Cookie information is stored in your browser and performs functions such as recognising you when you return to our website and helping our team to understand which sections of the website you find most interesting and useful.

Strictly Necessary Cookie should be enabled at all times so that we can save your preferences for cookie settings.

If you disable this cookie, we will not be able to save your preferences. This means that every time you visit this website you will need to enable or disable cookies again.

This website uses Google Analytics to collect anonymous information such as the number of visitors to the site, and the most popular pages.

Please enable Strictly Necessary Cookies first so that we can save your preferences!